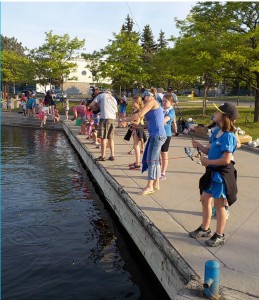 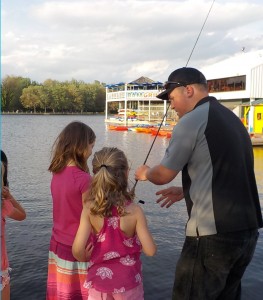 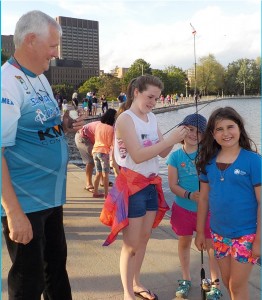 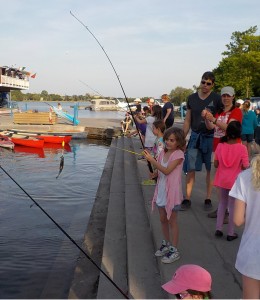 Exhibited and presented at the People in Motion show in Toronto. Volunteers included Jason Cox and Lawrence Gunther. Distributed shoreline clean-up kits and stewardship brochures to the over 10,000 visitors to the show. Spoke on stage both days about fish stewardship

Organized in partnership with the Ottawa River Keeper and Oziles Marina. Volunteers included eight local anglers and five ORK staff. CBC radio joined us on board for the first session, and CTV Morning news for the second day.

Fished for 24-hours straight. There were six segments – each lasting about 4 hours. The goal was to catch and release as many different species of fish as possible within city limits in the Ottawa River. 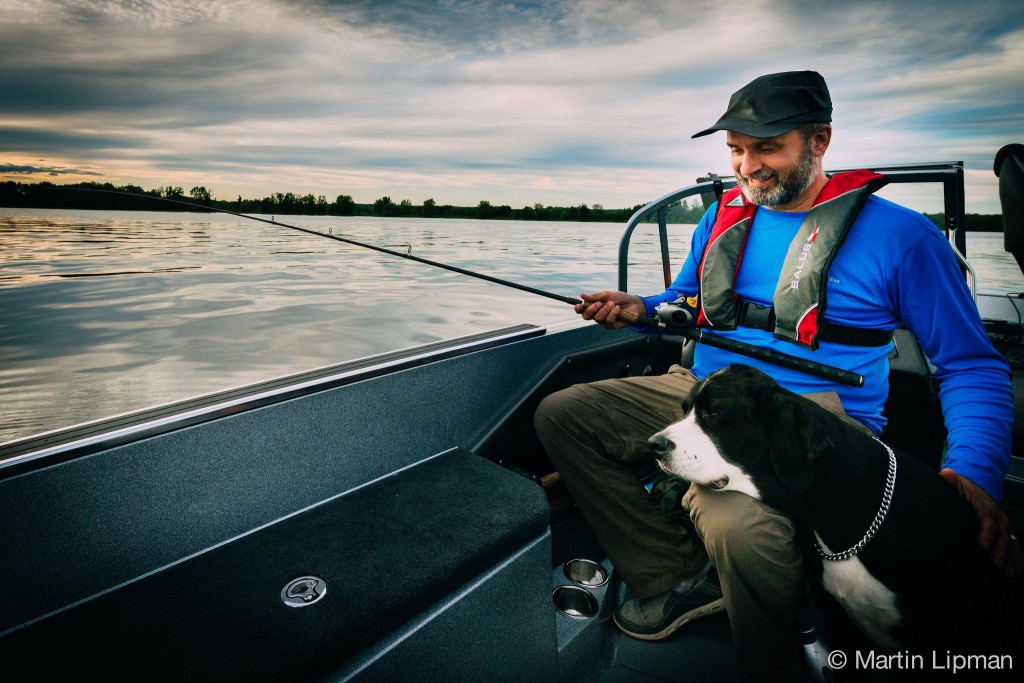 BFC teamed up with three coders from Ottawa University to prepare a phone app that would assist anglers and researchers to track fish health. The app was entered into the Aquahacking event organized by Ottawa River Keeper. A total of 80 hours were donated by the four developers to build the app at no cost.

A new website www.bluefishcanada.ca was developed and launched in June 2015.

Volunteers included four volunteers that staffed the Blue Fish booth, (Jason Cox, Scott Campbell, Lilly Euteneier, Lawrence Gunther), and another 35 volunteers involved with staffing the club tables that made up the Village. Provided one seminar on stage.

Organized a rod-reel prize for visitors who made donations to BFC.

Stewardship brochures, clean-up kits and autograph cards were distributed to the over 22,000 show visitors.

Exhibited at the Show over five days. Arrived in Toronto two days prior to the show start date to set up the 20’x50’ exhibit space generously provided by Show organizers at no cost. Volunteers included three individuals (Scott Campbell, Gary Morissy, and Lawrence Gunther). 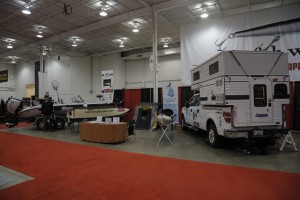 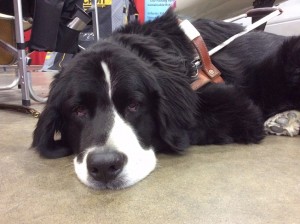 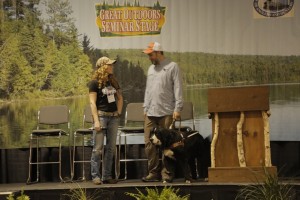 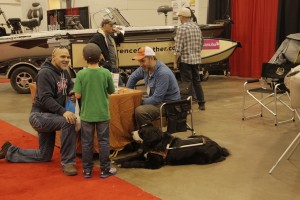 Blue Fish Radio has produced a series of 20 Blue Fish Canada Stewardship Tips for radio that are 2-minutes in length. The tips are being incorporated into programming by the “Urban Angle” and Blue Fish Radio podcasts, and are being used by WRVO Outdoor Radio as PSA’s.

Listen to the one-hour training session:

Blue Fish Canada recently produced 14 Feel the Bite TV interstitials for Accessible Media TV. Each interstitial includes Lawrence Gunther, his guide dog Moby, and special guests on the water talking about fish, their biology and habitat, and environmental pressures that are impacting their viability. Each 3-minute episode includes a stewardship tip. The interstitials are now available for viewing on the “Feel the Bite” YouTube channel. 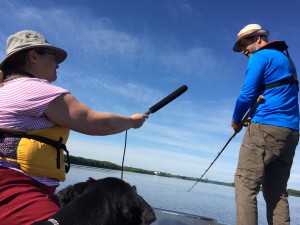 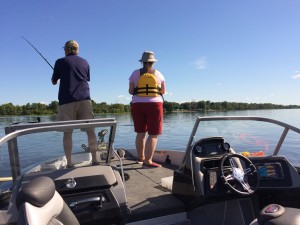 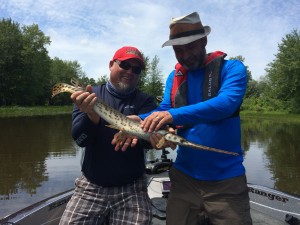 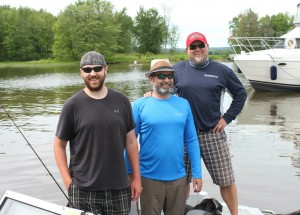 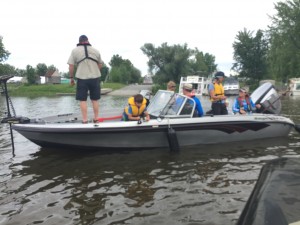 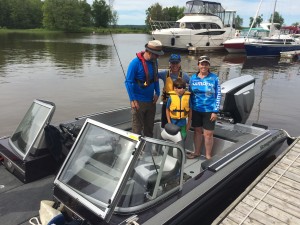 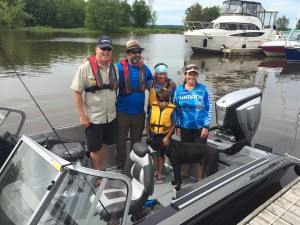 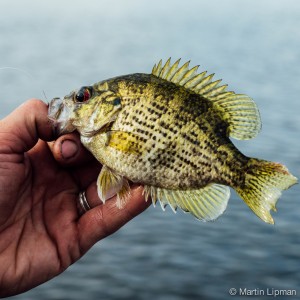 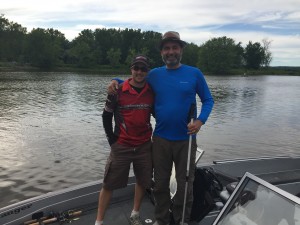 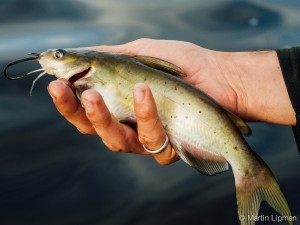 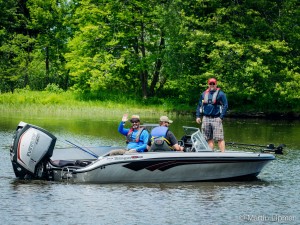 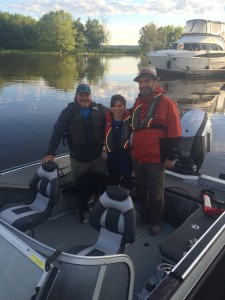 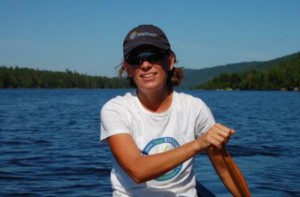 Toronto, ON – Two volunteers from Blue Fish Canada traveled to Toronto to take part in the People in Motion Show over two days at the end of May. Show management generously donated a 20×20 space and arranged for media coverage.

In addition to distributing stewardship guides and shoreline clean-up kits, two 30-minute presentations were given on stage by Lawrence Gunther on the importance of fish and how they can change our lives. Toronto’s City TV also interviewed Lawrence which aired on the 6: p.m. news on Friday evening for 2.5 minutes. Volunteers slept in the camper in the Toronto Exhibition Place parking lot.

Two volunteers from BFC traveled to Cornwall Ontario to take part in the annual public open house event organized by the St. Lawrence River Institute for Environmental Science. Several presentations were taken in and exhibits from a number of organizations were visited.

Blue Fish Canada took part in the Ottawa Boat and Sportsman Show over four days in February. Show organizers donated a 10×10 space and media coverage. Blue Fish was co-located in the Anglers’ Village as one of six fishing related membership organizations. ATV interviewed Lawrence Gunther live on opening day, and Lawrence presented on stage on the topic of ten tips to being a steward of your favourite fishing hole. Shoreline clean-up kits, Stewardship Guides, and information about Blue Fish Canada was distributed.

Two volunteers from Blue Fish Canada traveled to Toronto to take part in the Toronto Sportsman Show the first week of February. Show organizers donated a prime 20X5 space for the exhibit. Over the four day show over 1,000 shoreline clean-up kits were distributed along with Blue Fish Canada stewardship training material. Dinners each night were generously provided by Gary Morrisby of Four Wheel Campers Canada.

For the second year in a row the Petrie Island Fishermans’ Association donated their proceeds from their annual ice fishing derby to Blue Fish Canada. A volunteer with Blue Fish attended the closing awards event and spoke about what the funds would be used for and offered thanks for the generous donation that earned just over $1,400.