Reconnecting with Aquatic and Marine Environments through Exploration and Food

Summary: The migration of people from remote, rural and northern communities to urban environments has strained the connection between people and aquatic and marine environments. More significantly, our drift away from shorelines is leading to our becoming desensitized to the ever-increasing stress our lifestyles are placing on nature. Thankfully, people are beginning to demand greater transparency about the origins and sustainability of their food. Lake to Plate seeks to reimagine our traditional connection with shorelines and increase awareness of the importance of sustainable consumption through the production and dissemination of engaging and informative on-line content.

Preface: People once gravitated to shorelines to take advantage of the synergetic bounty produced by two vastly different worlds of land and water coming together. Advances in rail transportation, road construction and later air travel brought to an end our dependence on rivers, lakes and oceans for the efficient transport of people and goods. More recently, the allure of built environments have led people to downgrade shorelines from important sources of life-giving sustenance, to places for pursuing recreation and leisure. The one constant throughout all, has been our use of water for making waste disappear. Ironically, it’s now these same rivers, lakes and oceans that hold the key to our future survival.

Evolution: Professor Stephen Kellert, Yale School of Forestry & Environmental Studies, dedicated his research career to understanding the evolutionary connection between human development and shorelines. Dr. Kellerd said, “We have become increasingly blind to the reality that our species, like all species, evolved in a biological – not an artificial, engineered, or machine dominated – context, and that consequently our physical, emotional and intellectual fitness continues to rely on a vast matrix of connections to natural systems and processes, particularly during childhood”. 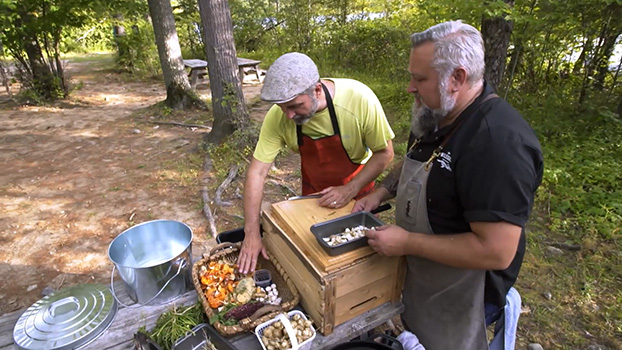 Introduction: As one of Canada’s most respected water and fish conservation charities, Blue Fish Canada continues to conceive and deliver informative and engaging programming focused on re-establishing respectful and responsible relationships between people and Canada’s aquatic and marine ecosystems. Building on the highly regarded and popular podcast series, “Blue Fish Radio”, and the critically acclaimed documentary, What Lies Below”, comes a new documentary on-line series from Blue Fish Canada called “Lake to Plate”. It’s on-line content that reveals and re-connects people to the bounty dwelling out-of-sight beneath the surface of the rivers, lakes and three oceans that constitute 70% of Canada’s territory.

Lake to Plate is a back-to-basics approach to the selective and sustainable harvest of wild food and the important symbolism such harvesting and consumption represents. The content is designed to restore people’s once high regard towards nature’s bounty and by doing so, raise awareness and demand for sustainably produced food and consumer goods. 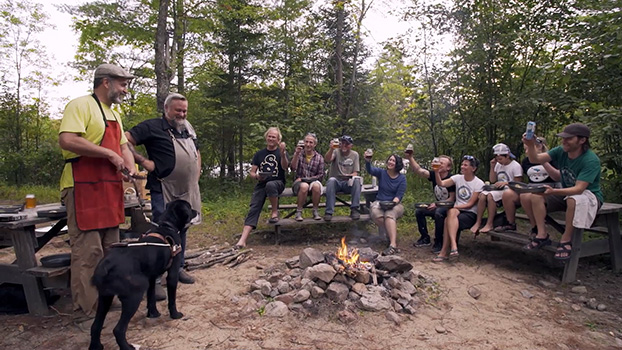 Mission: Lake to Plate is a journey to reconnect with past traditions reimagined in ways that ensure future generations understand, celebrate and carry forward these important values. More than that, Lake to Plate facilitates bonds between people and their environments that both safeguards nature, and satisfies our inherent need to maintain a biological, spiritual, emotional and physical connection with aquatic and marine ecosystems. Each webisode empowers people to suspend their need to see to believe, and demonstrates how these hidden underwater worlds can be discerned and understood through other senses, local and indigenous knowledge, and science and technology.

Format: Using local and indigenous knowledge and the latest in western science, wild foods are selectively harvested and traditionally prepared and consumed. Historic, cultural and commercial connections with nature are examined, and strategies for mitigating past abuses and re-establishing healthy relationships with our marine and aquatic ecosystems are explored. 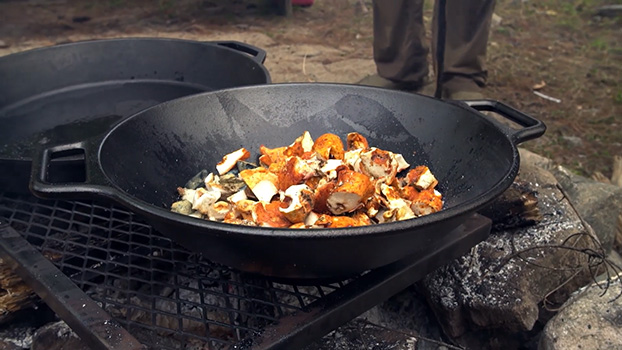 “Foodies”: Consumers are increasingly turning to sustainably managed and humanely harvested food. Locally raised, free range, and organic are attributes that consumers are starting to demand when shopping or eating out. A growing distrust of industrialized food production is contributing to a renewed interest in rediscovering nature’s bounty. Top Chefs and restaurants are interested in learning more.

Local and Indigenous Knowledge: Lake to Plate is more than sustainably harvesting food, it’s about taking responsibility. By guiding viewers how to undertake the entire food harvest and preparation process, from lake to plate, people reconnect with both nature and tradition. It demonstrates a process anyone can follow to fulfil their inherent evolutionary need to connect with water. 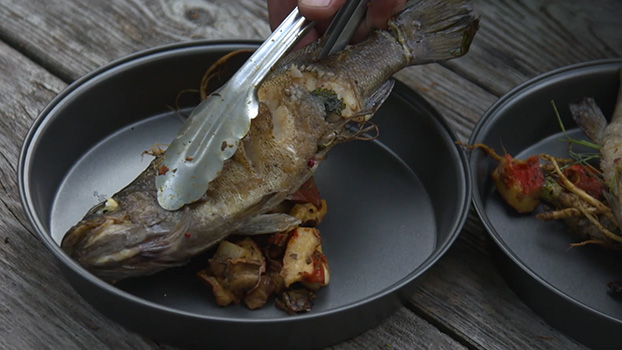 Science and Technology: A new breed of citizen scientists is being reborn as access to research studies are made available on-line. Affordable and intuitive technologies are also being deployed by this new breed of inquisitors. It’s a blend of new and old that is re-shaping research paradigms and exponentially generating new data.

Demographic: Over 8-million Canadians purchase fishing licenses annually and an astonishing 17-million Canadians claim to have fished in the past and plan to do so again. An estimated 2-billion people around the world consume fish as their primary source of protein, a consumption preference that is increasing in popularity as more-and-more health experts promote fish as a healthy alternative. . It’s no wonder so many are drawn to shorelines as places to reside, recreate, conduct commerce, and to seek Solis. 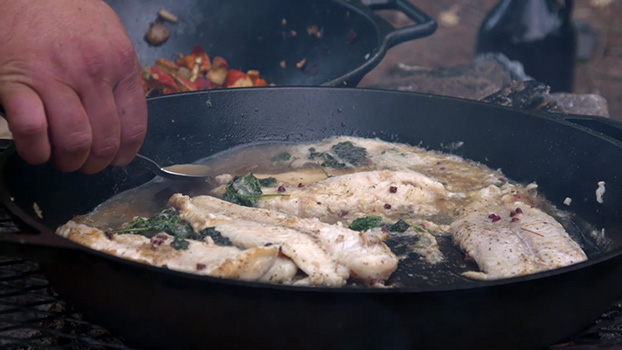 Conclusion: By re-introducing people to nature and the bounty that we all once drew sustenance from, people will once again open their mind and senses to nature. More specifically, they will learn to foster and establish their own multi-sensory connection with the aquatic worlds that brought forth life, and whose well-being is essential for the future sustainability of us all. It’s the documenting and dissemination of symbolic acts involving the consumption of selectively and sustainably harvested wild food that will re-awaken and recommit people to ensuring both this ancient practice is celebrated and preserved, and the environment and ecosystems each sustains are respected and conserved. More generally, Lake to Plate will increase awareness and demand for sustainably produced food and consumer goods.

Example: Link below to watch this 18-minute Lake2Plate video featuring the fish and forage along the upper stretches of the Ottawa River: https://www.youtube.com/watch?v=JoS_Equ_0Ug

Requests: To have a Lake2Plate video produced featuring your own unique shoreline, river or body of water, contact Blue Fish Canada at: