Aquarium of the Pacific

The Aquarium of the Pacific is a leader in making sure the three billion people that derive their protein from the sea do so sustainably, including the harvesting of kelp and jellies. They are also leading on important citizen-based research on sea turtle conservation.

Lawrence Samples some of the Aquarium’s Jelly salad

The San Gabriel watershed is the northernmost known home for Pacific green sea turtles (Chelonia mydas). The Aquarium of the Pacific has teamed up with the Los Cerritos Wetlands Authority, Tidal Influence, and NOAA Fisheries conservation and wildlife management groups in order to learn more about this population of sea turtles. Citizen scientists volunteer with the Aquarium of the Pacific to collect observational data on these turtles through the San Gabriel River Sea Turtle Monitoring Project. To learn more about their turtle research or any of the other conservation / research projects underway at the Aquarium, visit: http://www.aquariumofpacific.org/conservation/sea_turtle_monitoring

To hear how the Aquarium is working with local LA fishing clubs, such as the Los Angeles Rod and Reel Club Foundation and the Southwest Council International Federation of Fly Fishers, to tell the Steelhead story, a fish that once frequented Southern California’s rivers in massive numbers, but has since been listed as endangered, visit: http://www.aquariumofpacific.org/exhibits/steelhead_story

Located in Long Bay off the coast of Los Angeles California, the Aquarium of the Pacific is ideally situated to conduct research on whale behavior. Their research has determined that ships entering and departing from one of North America’s busiest ports pass directly through a preferred feeding area for whales. Moby Dick is no match for these colossal conveyors of the sea which are arriving at port with whales impaled on their bows. 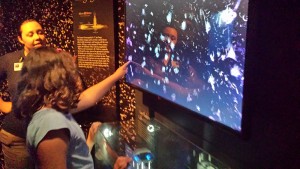 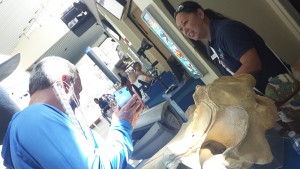 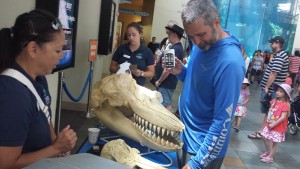 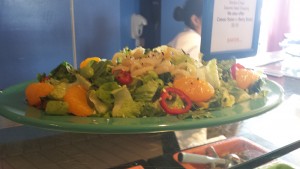 Since June 2010 the Aquarium of the Pacific has partnered with the Cascadia Research Collective and Harbor Breeze Cruises in a research project designed to collect data that will improve understanding of the movements of blue whales in an area that extends from Newport Beach to the Palos Verdes Peninsula. The amazing blue whale, Balaenoptera musculus, is the largest animal to ever live on earth, and they can be spotted off southern California’s local coast every summer. Frequent sightings of blue whales occur from June to October. To become part of this research or to learn more, visit: http://www.aquariumofpacific.org/conservation/research/whaleproject

To explore the Aquarium’s amazing “Voices of the Sea” video series and hear wales and learn facts such as Blue Wale babies being born at 27 feet in length and consuming around 100 gallons of milk in a day, visit: http://cetus.ucsd.edu/voicesinthesea_org/